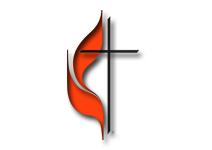 I read a story recently when Halley’s comet appeared almost a century ago in 1910.  Maybe you recall when it came around again back in 1986.  As the story goes, a small boy was with his father and mother and he saw it: Halley’s Comet.  It made a deep impression on him and he said, Wow, I want to see that it again.  His father said, “Well, it won’t happen.  Astronomers say it won’t return for 76 years and people don’t live that long.”  The little boy said he thought he would.  His first name was Norman.  His middle name was Vincent.  His last name was Peale.

Dr. Peale lived to be 95 and before he died, he did see Halley’s Comet come back again, but in all the years he wrote his books, preached at Marble Collegiate Church in New York City, and in his radio and TV appearances, every so often he would tell them about seeing Halley’s Comet when he was a little boy and what his father said, and he said to his parents:  I’m going to live long enough to see it come back again.  And his father said, “Well, that isn’t nearly so important as to what you believe God is going to do in your life between now and then.”

What is God going to do in your life between now (today) and then?  Whatever the then is to you.  It may be a week from now or a decade.  It may be after graduation. Or, when the stay-at-home order is lifted. What would you like God to do?  Ask God to help you.  May is the month of graduations.  The month to thank, love and remember Mothers.  The month to remember those who perished in wars so that we could even have the opportunity to have a life now and life later.  The month of Pentecost and the Holy Spirit being poured out. God can use anything to accomplish God’s purposes and often uses what’s around us.   — Pastor Mike

Office Hours: 9:am to 3:00pm, Monday through Thursday